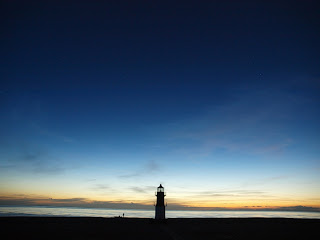 Getting ready at the Point of Ayre, before daybreak. 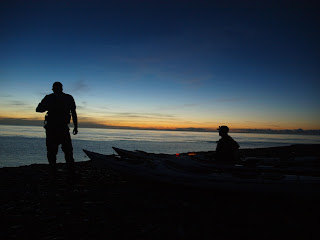 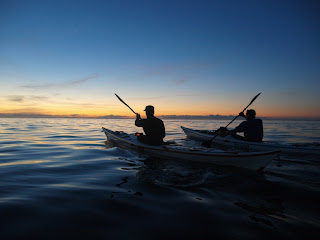 We set off on a bearing of about 45 degrees, allowing for the strenthening Westerlie going stream. 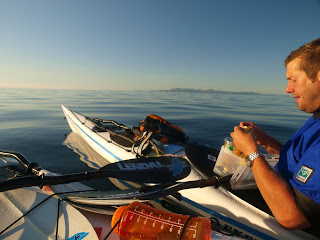 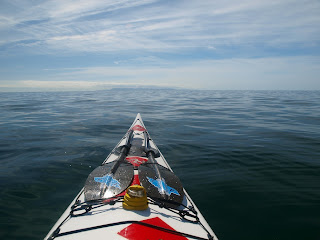 The crossing took us 4 hours (to the minute), landing at the harbour on the Isle of Whithorn. 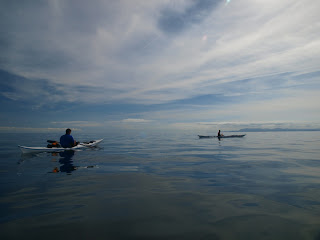 Heading home again, after a break for food, the colours and sea were absolutely stunning! 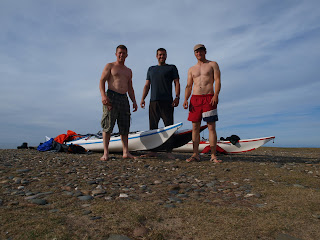 Keirron, George and Sam - back at the Point of Ayre. The return paddle took 4 and a half hours, and we were pushing a fair amount of tide. The day was the 31st August 2010, and this was our Aleutians Expedition Team! 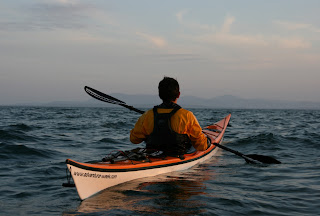 06th April 2007 - helping an aspiring paddler 'to achieve a dream'
We paddled to Scotland, bought some shortbread and paddled home again.

Its always good to reflect upon these crossings, especially when undertaking the 'Volcanic Arc of Fire' one of the names given to the Aleutian chain, as the open ocean has a way of making you feel very small indeed...

*************
Last year Sam made the decision to run operations on the Isle of Man whilst we embark on the Aleutians Expedition.

Posted by Keirron at 7:33 am No comments: