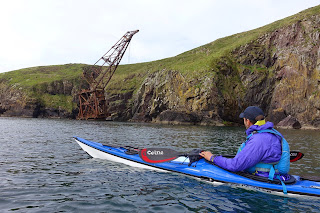 Just out of Ardmore, we came across a crane originally on route from Liverpool to Malta in 1987, the crane was being towed by a tug when the towline parted in a storm and remains aground to this day... 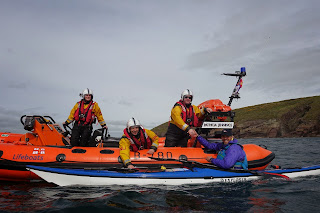 We met the Youghal lifeboat out on exercise 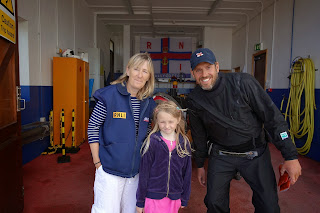 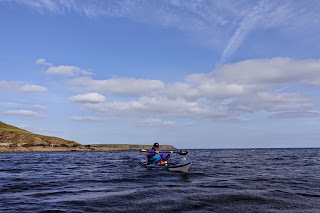 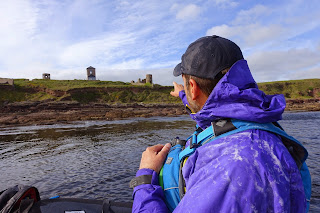 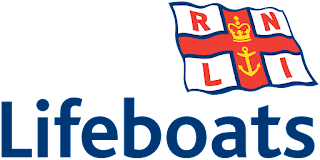 We're raising funds for the RNLI as we paddle round Ireland and are having amazing support from the crews round the country. The RNLI was founded by Sir William Hillary who came to live on the Isle of Man in 1808,  Being aware of the treacherous nature of the  Irish Sea with many ships being wrecked around the manx coast, he drew up plans for a national lifeboat service manned by trained crews.
At the age of 60, Sir William took part in the rescue, in 1830, of the packet St George, which had foundered on Conister Rock at the entrance to Douglas Harbour on the island.  He commanded the lifeboat and was washed overboard with others of the lifeboat crew, yet finally everyone aboard the St George was rescued with no loss of life. It was this incident which prompted Sir William to set up a scheme to build The Tower of Refuge on Conister Rock – a project completed in 1832 which stands to this day at the entrance to Douglas Harbour. 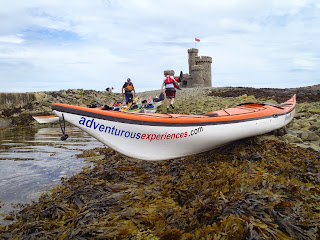 Thanks for everyones continued support :)
Keirron & George
Posted by Keirron at 10:01 pm

Hey Keirron & George.
Well done so far, great effort.
If your in Crosshaven you'll probbaly pass the Old head of Kinsale today but if you want a bed for the night etc your welcome to stay. Hope you have a good day on the water.
Jon Hynes