Our expedition kayaks from Sea Kayaking UK, and carbon Lendal Paddles have performed outstandingly well as usual! : ) George has the Explorer HV (to fit his big feet in) and i've a standard Explorer. Both were straight off the shelf stock boats with no special modifications. We had external keel strips applied prior to shipping out to Alaska. 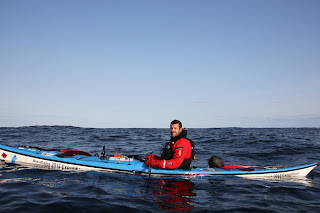 Every hatch was not only watertight, despite heavy use, the skegs have now the bendy wire and setup which allowed us to hit the beach with skegs down (accidentally in the surf) realise our mistake, clear the skeg box and they worked perfectly!


Nige, they are brilliant! 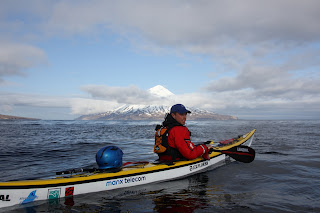 The Lendal Paddles were a delight to use, and we've certainly put them through their paces. I've been paddling with Kinetic 600's for a while now, and George uses Kinetic 650's. Both carbon blades with the new production modified shafts, 4 piece padlock. Look pretty cool too : 0